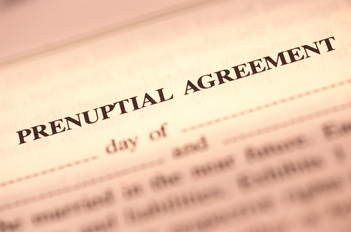 Why Prenuptial Agreements Make So Much Sense for So Many People

For anyone who is thinking about getting married, a prenuptial agreement may be far down on the list of things they consider investing any time or money on, especially if they are young with little material wealth. But things are very different now from what they were a generation or two ago. Among other things, people are living longer, and women have greater economic opportunities than ever before. Prenuptial agreements are not just for older successful people with considerable wealth or those with children from previous marriages. Like life insurance and making a will, it is also smart to protect yourself from the uncertainties that can befall a marriage.

When two people first get married, though, no one can predict whether the career of one spouse will soar while the other advances less spectacularly or stagnates.

Also, a prenuptial agreement need not create obstacles when it comes to the combining of assets, or the joint assumption of debts or liabilities. In other words, a couple with a prenuptial agreement can still enjoy just as much or more freedom when it comes to managing their financial affairs as any couple without one. The real benefit for the spouses, however, is in the protection they would gain from whatever legislative mischief might emanate from their state capital, unforeseen social trends, or whatever actions a domestic relations judge might take that could cause unnecessary havoc for them in the process of dissolving their marriage. With a prenuptial agreement, the spouses involved — and not other people — are the driving force in making the rules.

Although  it may be difficult — if not impossible — to quantify, most people would agree that they would be much more willing to be fair with someone they are getting married to than someone from whom they are getting divorced. A couple on the brink of divorce can quickly and easily run up legal fees of several thousand dollars each if either spouse is unwilling to compromise or, for whatever reason, is determined to have their day in court. As an attorney with many years of experience, I cannot think of a more effective safeguard or firewall to prevent that sort of outcome than a prenuptial agreement.