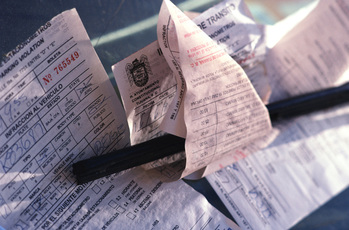 When a non-resident is charged with having committed a misdemeanor offense in a municipal or district court, they usually prefer to have the matter resolved without having to return to the State of Alabama. Such a defendant will not be entitled to a jury trial in a municipal or district court. There will many times be no defense witnesses, other than possibly the accused if they are prepared to waive their constitutional right to refuse to testify. So, on those occasions, a bench trial may be reduced to not much more than a “swearing match” between the arresting officer and the defendant or possibly even as little as the officer’s unchallenged version as to what occurred.

While a jury trial can be obtained in the circuit court by appealing a conviction, that is typically not a cost-effective option for a defendant in these types of cases. A defendant, in such a situation, could understandably question the wisdom of retaining legal representation for an ordinary misdemeanor case. But even under those conditions, it may still be possible sometimes to get a charge dismissed or “thrown out” depending on the circumstances, without any penalty whatsoever or in return for nothing more than the payment of court costs by simply engaging the prosecution in negotiations. If the defendant is charged with only a traffic violation, such as speeding or the like, they might be satisfied with a change or reduction of the charge so that the conviction indicates the motor vehicle was being driven only slightly above the speed limit. That result might be more than worthwhile for someone who is primarily interested in trying to mitigate or control any harm they fear being done to their driving history or record in their effort to avoid an increase in their car insurance premiums. Or for somebody who has a commercial driver’s license (CDL) or has to have a license in order to keep their job, avoiding suspension or revocation of their license due to that type of harm could quite likely be very important as well.

Even when a conviction of some nature simply cannot be avoided, legal representation may spare the defendant from having to unnecessarily incur travel expenses or take time away from work, or other things, if their lawyer can enter a guilty plea into the record without his client actually having to return to Alabama in order to physically appear in the court where the case is pending.

If you are a non-resident who has been charged with a misdemeanor offense or traffic violation in a municipal or district court in the counties of Jefferson, Shelby, St. Clair, Blount, Walker, Bibb or Tuscaloosa, and believe having legal representation in your case(s) may be a cost-effective way to control or avoid damage to your criminal history or driving record, I hope you will feel free to call me to discuss your specific situation.